The History of Daniel

So, continuing from our previous discussion of structure, let's get into the history of Sefer Daniel. The book begins with year 3 of Yehoyakim's reign and ends in year 3 of Cyrus's reign, a 7 decade period. Let's put together a rough chronology of relevant events based on Wikipedia articles and try to place chapters of Daniel within that timeline: 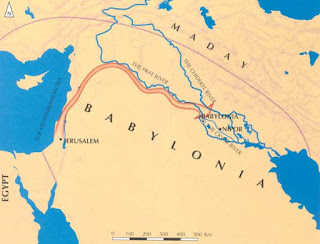 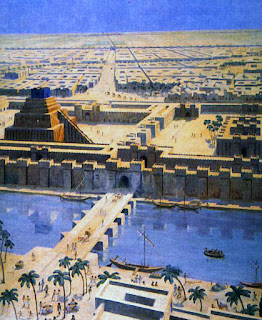 What problems arise when we try to map the happenings in Daniel to this chronology?

The commentators take various approaches in their attempts to resolve these issues, but the overall picture that emerges is that Historical precision is less of a concern in Daniel than, say, in Divrei Hayamim. For this reason, historians find Daniel to be a less useful text for the period than, say, official chronicles of the Babylonian and Persian Empires.


These Historical issues with the book of Daniel raise the question whether the stories therein are historically factual. Did a Jew named Daniel really rise to prominence in the Babylonian and Persian courts? Did all these miracles and visions actually happen to him?

This sort of question is not foreign to traditional commentary. For instance, one Amora opined that the Book of Job is ahistorical:

My own gut feeling about Daniel, given it's historical problems and it's structural idiosyncrasies, is that the character Daniel existed(as mentioned in Ezekiel) but that the Book of Daniel was composed after Daniel's lifetime. I assume that the writer of Daniel collected different stories and visions of Daniel, both written and oral, and wrote them into a single scroll. This writer likely belonged to the sages of the Great Assembly which would place him somewhere in the period between 530 and 150BCE, which is, admittedly, quite a long time interval.

The current scholarly consensus seems to be towards the end of that period, due to:

The Value of Daniel


So, assuming the Book of Daniel was compiled up to 400 years after the period it portrays and it's historical accuracy is a bit sketchy, what are it's merits? More specifically, why did the Men of the Great Assembly choose to include this scroll in the biblical canon?

Daniel contains some of the most iconic scenes in the bible, such as Daniel in the Lion's Den and the Fiery Furnace(which apparently served as inspiration for the famous midrash about Abraham). It's themes of Jews maintaining their faith while living in Gentile regimes have been relevant throughout our people's long history. Daniel and his companions were taken as slaves to Babylonia, but stayed true to God's covenant, and thrived thanks to God's blessing. Their host nations, on the other hand, rise, are judged for their sins, and ultimately fall. Daniel is the story of our covenant with God even in times of exile and subjugation.