Daniel and his Holy Companions

The first chapter of Sefer Daniel introduces us to four Judean boys: Daniel, Hananya, Mishael, and Azarya. Through no action of their own, they are chosen from among the Judean nobility to be trained as potential members of King Nebuchadnezzar's court. By the king's decree, they are to undergo a 3 year educational program in Chaldean language. How does Sefer Daniel view the exile and indoctrination of the cream of Judean youth? 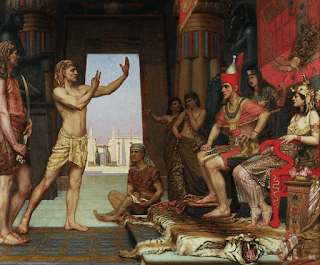 For starters, there are numerous parallels between Daniel in this story and the account of Yosef in Pharoah's court in Genesis. These include:

These persistent parallels serve to orient the reader. The Book of Daniel is not an island. The foundation is is built on is the classic story of living faithfully in exile, the story of Yosef in Egypt. The Book of Daniel will go on to explore the same themes and expand on them. This is to the benefit of it's intended audience, the many subsequent generations of Jews who live as subjects of foreign powers. So what insights does Daniel 1 add on top of the Yosef story?

The Holy and the Profane 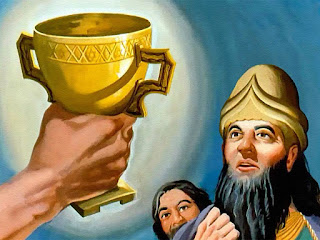 There are some apparently irrelevant details in verse 2 when describing Yehoyakim's defeat by the Babylonians:

Why is the capture of vessels from the Temple mentioned here, when it plays no further part in the story? One could argue that this is simply an intertextuality with Chapter 5, setting up the story where King Belshazar uses said vessels for his idolatrous party. This may be true, but it is worth noting that there are only a handful of textual connections between the stories in the first half of Daniel. For the most part, each story stands alone.

I'd like to suggest another possible reason for the mention of the temple vessels. The reader is meant to draw a parallel between the captive vessels in verse 2 and the captive youths in verse 3. Just as the holy vessels from Beit Hamikdash are being desecrated by being brought into a house of idolatry, so to are these noble Judean youths being desecrated by being indoctrinated into Babylonian culture.

This theme of desecrating the holy is further emphasized in verse 7, when the boys are given new Babylonian names:


What happens to the four companions' Hebrew names? Names that proclaim the glory of God:

The boys are instead given names of Babylonian Gods:

Of Vessels and Vassals


Yet Nebuchadnezzar's irreverent plan immediately goes off the rails. In verse 8 Daniel makes a decision not to eat the non-kosher meat and wine provided to the King's servants: 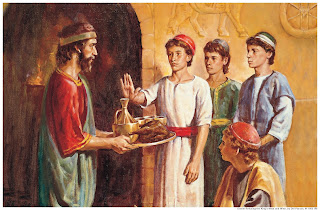 Daniel and his companions refuse to allow themselves to be profaned by their immersion in Babylonian language and culture. They are careful not to ingest impure food and they presumably hold themselves aloof from other parts of Babylonian culture. God's response to their dedication is both immediate and substantial. They are blessed and quickly become the wisest advisors in the kingdom.


Daniel chapter 1 carries a powerful message to Jews living in times of exile. Yes, the Babylonians succeeded in capturing and profaning holy vessels of the temple, but people are not vessels. People can ultimately choose whether to allow themselves to be profaned or to retain their sanctity. And God himself will bless those who choose the more difficult path.