On the General Relevance of Brisk

Of course, we learn gemara lishma, in order to understand Hashem's Torah. That's the primary and timeless raison d'etre of our study. Nevertheless, it can be informative to look at how our learning fits into the wider context of our lives outside the ד' אמות of halachic study. 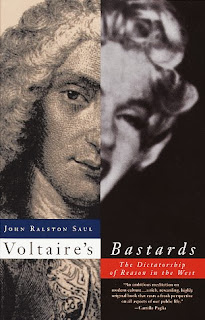 In a recent EconTalk, Russ interviewed John Ralston Saul on his 1992 book Voltaire's Bastards. Saul's thesis is basically, that the focus on empirical reasoning that began during the Enlightenment has been taken too far by subsequent generations, to the point where other important models of thought to a large degree excluded from the discourse. Here's an except:

I think if you actually go back and look at what they were saying in the context of the late 18th century...of course they were pushing reason because it was sort of a counterweight to superstition and stupidity and the ignorance of the aristocracy, and so on...So, I don't think that Voltaire or any of the others would have imagined reason being put in a Platonic way on the throne and that everything else would be demoted beneath it...Once you sort of say, look, here's the solution to our problems; this will get us out of everything, let's go down this road--well, then you basically very quickly deform the thing itself...There are lots of other counterweights out there apart from reason. You can be non-rational, you know, which is completely different from irrational. You can use ethics. You can use intuition. You can use imagination. But if you become obsessed by rationalism or reason then you start to construct everything around it and you are dragging everything through what you think is a rational methodology. Well, of course, imagination is not rational. Ethics is not rational. Intuition is not rational. So you are now deforming human intelligence, the ability for humans to act in a sensible way when faced by a crisis or an opportunity.


The idea is that Rationalism, despite it's power in answering certain types of questions, doesn't give such satisfying answers for other types of questions. Instead, modes of thought like ethics, imagination, and intuition are more useful. So, when we nevertheless try and force Rationalism on a subject, we don't necessarily end up with the best results. His example from Art History is especially telling:

Not only have the humanities been singled out as the enemy of reason, but there has been a serious attempt to co-opt them by transforming each sector into a science...Even art history has been converted from a study of beauty and craft into a mathematical view of creativity. The new art historians are interested not so much in art or in history as in technical evolution...The reduction of politics, economics, social problems and the arts to mathematical visions and obscure, hermetically sealed vocabularies may well be looked upon by those who come after us as one of the greatest follies of our civilization.


The Limits of Rationalism


Saul brings a number of examples in general society which he believes have suffered due to this intellectual bias. We could consider each individually and ask whether we agree with his appraisal, but regardless, he is dealing with the question of "the Limis of Rationalism", arguably one of the big questions humanity is struggling with in our era. Certainly there are a plethora of examples from a variety of disciplines:


I had the good fortune of spending time in different yeshivas and getting to see different דרכי הלימוד (methodologies of learning) at work.

At Ohr Somayach, I would describe the approach to learning a sugya(at least in the shiur I attended) as one of חשבון. We would begin with understanding what a rishon talked about and then try to infer, either deductively or inductively, what he would say on topics that weren't explicitly discussed. In this way, we would build-up each rishon's shita as a list of opinions and a few general סברות to tie them all together. Ultimately, it was a very Rationalist approach, and I remember the Rav once criticizing other approaches which stray too far from the text in their searching for explanations. 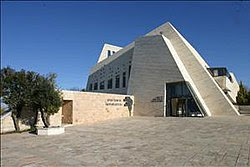 In the Gush with it's Brisker approach, the methodology required two steps. First an inductive leap, to come up with a conceptual model to explain a sugya, then a deductive discipline, searching the  gemara and rishonim for support for the model(a search which is not always successful).

It was the initial inductive leap, one which requires a greater part intuition and imagination than Rational logic, that bothered my Rabbi at Ohr Samayach. Ultimately, his approach to Gemara was closer to the pure Rationalist one that bothers Saul, while the Brisker approach uses a combination of intuition, imagination as well as Rationalism to achieve it's results. And my feeling is that the results of the Brisker Methodology are superior, as Rav Lichtenstein says in "The Conceptual Approach to Learning Torah"

For sheer beauty and excitement, tedious plodding through the Maharam Shif cannot hold a candle to Reb Hayyim’s soaring imagination and piercing insights. Radical conceptual analysis cracks open a sugya with illuminating force beyond the range of masters of combination and heshbon.


On the General Relevance of Brisk


So that takes us back to the initial question, of the general relevance of Brisk. The Brisker approach, in addition to fulfilling Torah Lishma, trains it's adepts in the fusion of Rationalism with other important modes of thought, such as intuition and imagination. It does so as no other subject in the typical High School or even University curriculum. These other modes are especially important in this Rationalist, Utilitarian day and age when they have been allowed, to a significant degree, to atrophy on a societal level.
Posted by Nadav at 23:01 No comments:

So, I attended another class, delving deeper into the concept of אין אדם משים עצמו רשע:


The Rambam(like Rashi) explains the principle of אין אדם משים עצמו רשע as a more general principal than our specific case(סנהדרין ט ב) where the witness cannot invalidate himself. He expands it to capital crimes, saying that the court cannot capitally punish someone based on their own admission. The reason he gives is that we suspect he may be attempting suicide by court.


The Radbaz on the Rambam, gives a slightly different explanation, giving the reason that out that one's life is not his own possession, rather it is God's. Nevertheless, the Radbaz's intention isn't so clear-- why shouldn't a person be allowed to confess to the court when they indeed are guilty and deserve the appropriate sentence?


Rav M. suggested that the answer lies in the nature of self-testimony. When the court acts based on normal testimony, they are acting based on what is effectively solid, reliable evidence. When they act based on a confession, on the other hand, there is no evidence. Rather, they are relying on a less reliable account, since, anyway the witness' testimony is to his own detriment.


So, ultimatley there is a fundamental debate between the Rambam and the Radbaz. The Rambam says that self-incrimination is not admissible because testimony must be objective and we are worried that one confessing may have some ulterior motive. The Radbaz says that confession is it's own weaker category of evidence, not based on proof, which can only be relied upon in specific types of cases.


As an added bonus, the Radbaz's explanation of why the court can accept confession in monetary cases is more satisfactory than that of the Mahari Ben Lev(שו"ת מהר"י בן לב חלק א סימן יט). He explains that when the court listens to self-incriminating testimony in monetary cases, it's isn't even considered a court ruling, rather that the witness is giving the other party a present: