We recently discussed the Plague of Blood as symbolizing the blood of the Israelite children Pharaoh ordered thrown into the Nile. Now let's move on to the next plague, the Plague of Frogs.


The plague of frogs is also centered around the Nile. The frogs come out of the Nile and fill the land(Shemot 7)


This, the leading verb שרץ, recalls the verse in the first chapter of Shemot that describes Israel's rapid propagation despite Egypt's mistreatment of them.


The basic message here for Pharaoh and the Egyptians is clear. Just as the frogs bursting forth from the bloody Nile is God's doing, so too Bnei Israel's resilience in the face of Pharaoh's decrees is his work. This is in answer to Pharaoh's statement in Chapter 5 that he doesn't know who God is:

The two subsequent plagues, those of Lice and Wild animals, seem to be along the same lines, with Hashem sending swarms of other unwanted animals throughout Egypt.

Day of the Frogs

That's said, there's another level. When the plague of Frogs is withdrawn(Shemot 8), all of them die and the smell of death and decay fills the land.


This is similar to the stink of dead water animals from the Plague of Blood in the previous chapter. 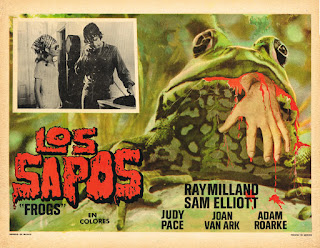 
The picture that emerges reminds us of a classic Gothic Horror novel. A terrible past, thought long buried, remains alive, fermenting, waiting to reemerge in all it's Horror. Each plague carries with it reminders of Pharaoh's victims, as of yet unavenged, and a sense of foreboding that hangs over Egypt.

The Present is Haunted by the Past
When Hamlet's father tells him that "the time is out of joint," he essentially codified the most important convention of Gothic literature: something horrible happened in the past and the reverberations from that event continue to haunt the present. The idea of haunting is central to the first Gothic novel, Horace Walpole's The Castle of Otranto: the usurpation of the throne generations ago has resulted in both a tyrant acting as prince and the intrusion of specters from the past into the present. The fictions that followed Walpole's Gothic mode applied that convention as a tenet of faith.

It's also worth noting that Moshe's own personal arc reflects these two plagues. Isn't it strange that Moshe's loving sister puts him in a basket in the very river Pharaoh's decree would have him thrown into? She is fulfilling the decree in a literal sense, if not in spirit.

Then Pharaoh's own daughter saves the baby, pulling him alive from the waters of the Nile, waters that have seen the deaths of so many similar infants. And what does she call him? She names him after this very fact that he was tossed in the river but then saved from death's clutches. 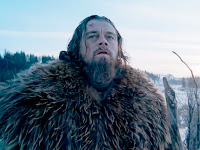 How ominous must it be for Pharaoh that these plagues, hinting doom for him because of his Evil decrees, are brought on by one named "From Out of the Waters I Drew Him". Moshe is the original Revenant, left for dead by Pharaoh's decree, yet coming back to deliver a message of unavoidable retribution.