In his speech “הזכרת ראש חודש וחול המועד” in שיעורים לזכר אבא מרי ז"ל, Rav Soloveichik discusses Rosh Chodesh and how it is different at the most basic level from other Moadim.

The central chakira that the Rav develops is whether the day has:

Chol Hamoed, like Yom Tov, is a day of Full Kedusha: 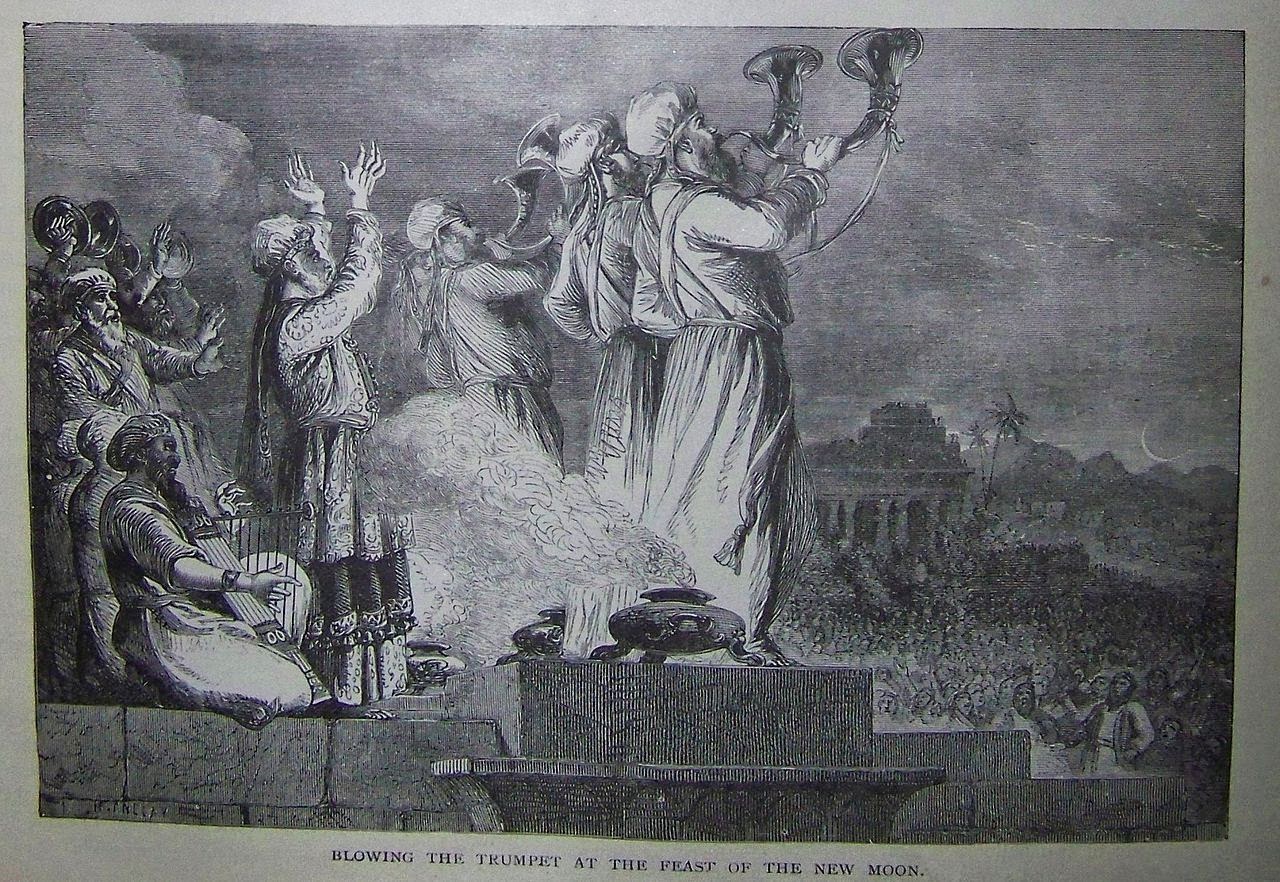 Rosh Chodesh’s Kedusha, on the other hand, is limited to the Mussaf offering and therefore is limited only to Beit Hamikdash:


The Rav goes on to discuss at length several Nafka Minot of this distinction(I’ll try to cover these in more detail in another post):

I found the second half of Rav Soloveichik’s lecture on יום ולילה to be more challenging than the first half on Bein Hashmashot. After changing my mind several times as to what the Rav meant, I'm cautiously confident of my final understanding, so, for what it’s worth, here goes...

In this second half of the lecture, The Rav moves on to discuss the beginning of the halachik day. Astronomically it’s similar to the end of the day in that there are two distinct transitions:

The Mishna(מגילה כ ב) says that, in general, halachot that apply during the day should be performed from Netz, but bediavad can be performed even from Amud Hashachar.


Halachik Significance of the Two Times


Rashi(מגילה כ א) understands the Minsha's ruling as meaning that the Halachik day begins unequivocally at Amud Hashachar, but that chazal decided to push back the time to the more easily recognizable Netz so that people don’t make a mistake and perform daytime mitzvot too early.

Rabeinu Tam(יומא לז ב ד"ה אמר), on the other hand, understands that the Mishna's rule is a din torah. The Rav explains that the transition from night to day has two distinct chaluyot. The chalut at Amud Hashachar is based on light/darkness while the chalut at Netz is based on meorot. Ideally we use the later time, but the earlier time can also be used. 
Rabeinu Tam's shita comes out strange, according to the Rav. The Rav sets up a chakira and which side does Rabeinu Tam come out on? Both! The day begins with this two-step transition from day to night, yet ends in a moment(albeit one that can’t be identified precisely).

Why should the day start and end so differently?  Similarly, why doesn't the same safek of "how dark is dark" that applies to bein hashmashot apply to Amud Hashachar, according to Rabeinu Tam? The Rav doesn't really address these questions...

Exceptions to the Rule:


After explaining how Rabeinu Tam understands Amud Hashachar/Netz, the Rav goes on to explain cases that don't conform to the general rule.

Raveinu Tam says that the morning Shema can only be said from netz, even bediavad. The reason is that it is dependent on זמן קימה, not daytime.

The Rambam(הלכות קרבן פסח ה:ט) says that the ptur of derech rechoka is measured from netz. On the other end of the day, the Raavad says that a Yoledet's days end at shkiyah, without the usual safek applied to bein hashmashot. Similarly, Rabeinu Tam says blood becomes nifsal at shkiah rishona. The Rav explains all these cases by saying that Amud Hashachar is used as the cutoff for questions of day/night, while Netz is used when we need to measure the amount of a day:

This is quite a nice little distinction in and of itself, and I found it to be quite persuasive.
Posted by Nadav at 09:54 No comments:

Let's talk about reconciling the Torah's story with that of contemporary of science. I'm not an expert in either Tanach or scientific research. In fact, I don't really have a fully-developed approach on this topic. But I still think it's important to work on your understanding of the topic, especially if one is immersed in general studies.

In my mind, the main problem is confined to the first few chapters of Bereshit. Everything later on, like when archeologists try to answer "did the Exodus happen?", "did King David exist?" seems less critical to me. The academia just doesn't have much to go on. There just aren't so many sources around for those periods except for the Tanach. So in my mind, the main issue concerns two specific scientific narratives: the Cosmological creation story and the theory of Evolution. 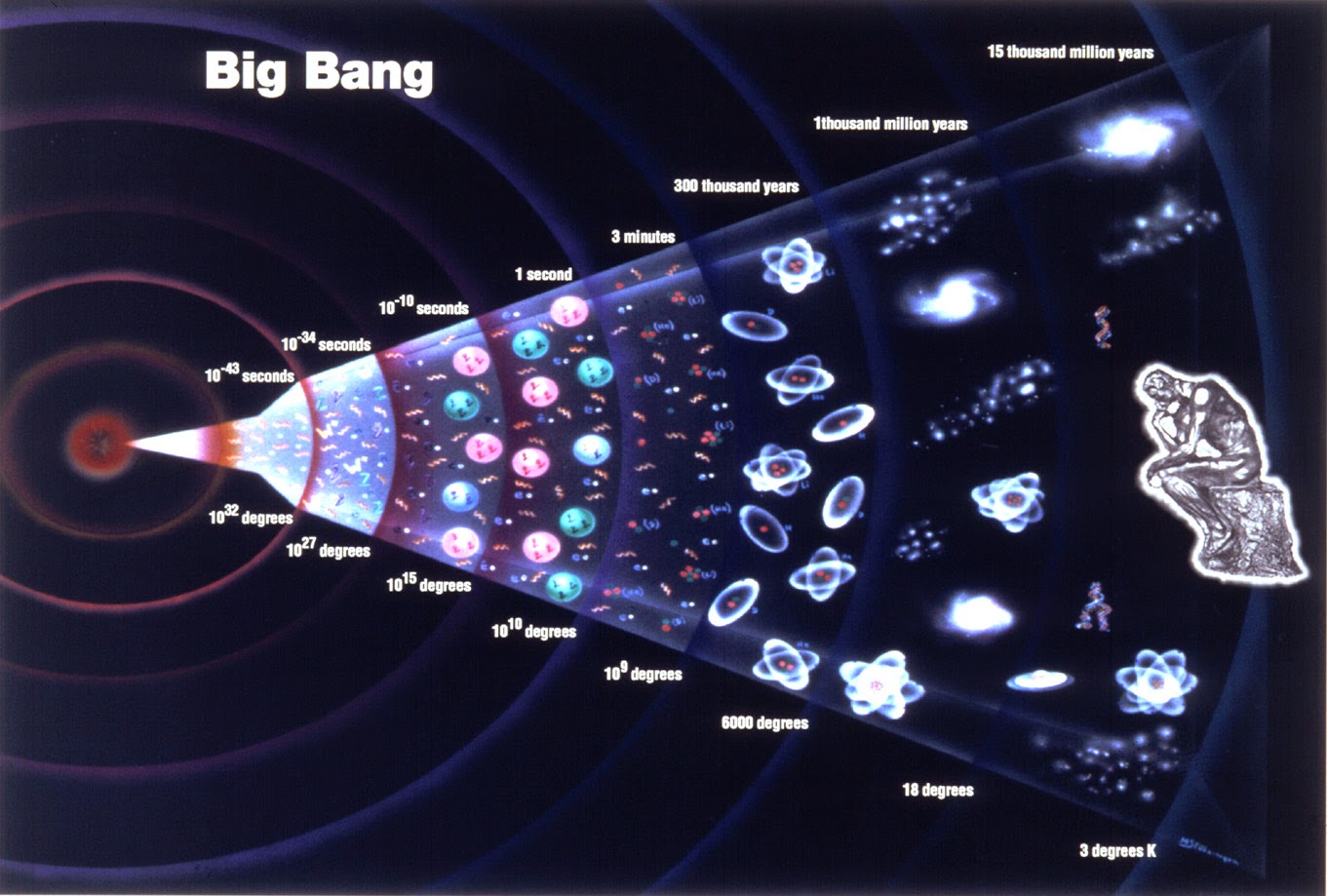 Cosmology describes a long and complex process by which the universe exploded into being. This doesn't sound so similar to the Torah's succinct and Geo-Centric version.

Natan Aviezer's book "In the Beginning" aims to reconcile the two. It's a good book, collecting a wide base of scientific literature into a single narrative and using details of that narrative to explain the many difficult psukim in the creation story. And yet, it sort of feels like Professor Aviezer dealt with all the trees, but missed the forest. He doesn't really address what are, to my mind, the central difficulties:

The torah describes the creation of people and animals as what sounds like a miraculous process of יש מאין, divided into distinct phases. This sounds a lot different than the Evolutionary narrative that all life evolved over the eons from single-cell organizes.

In the inaugural issue of the Rambam Medical Journal, Professor Aviezer and Dr. Avraham Steinberg present two different approaches to this topic. Both make many good points and are well worth reading.

Professor Aviezer for the most part accepts the the theory of Evolution, then alludes generally to the ability of interpretation to overcome the problems, but doesn't go into detail.

Dr. Steinberg for the most part rejects the theory of Evolution, pointing out the weakness in many of it's assumptions. He does what he sets out to do, argue that the theory of Evolution isn't as well-established as one might think. But ultimately, his arguments leave Evolution in the realm of the highly plausible and if you had to take a bet based solely on the physical(non-Torah) evidence, most people would probably tend towards the Evolutionary side. So really it would be nice to have an answer for the possibility that Evolution is true.

As for myself, I can't help thinking the explanation of the dual creation stories is significant. Rav Mordechai Breuer(פרקי בראשית, פרקים 2, 5) (and to a lesser degree Rav Soloveichik in Lonely Man of Faith) discusses the repetition of the Creation Story(בראשית א, ב) and the contradictions between the two accounts. Rav Breuer ultimately explains that the two accounts describe two idealized creations according to Hashem's attributes of דין and רחמים, along the lines of the midrash(מדרש רבה יב:טו)


Rav Breuer argues that the creation stories are different than the rest of the narratives in the Torah: they aren't telling us the story as it actually happened, rather they are idealizations coming to give us insight into the spiritual duality inherent in the Universe.

But once we accept that Thesis, then a lot of the questions about how to reconcile the Torah's account with Cosmological/Evolutionary theory fall away. Unlike the rest of the Torah's narratives, the details in the creation stories are about the spiritual make-up of the Universe, not a step-by-step account of Prehistory.

The Challenge of Creation

Now, I've never been entirely comfortable with this approach, since it implies that part of the torah is non-factual(albeit a very limited part). Fortunately, Rav Natan Slifkin's book "The Challenge of Creation"(Chapter 7) takes a similar approach, and he did his homework.

Rav Slifkin brings support from numerous rishonim and acharonim for his understanding that "the descriptive parts of the account of creation are not to be taken literally". I've only browsed the book on Google Books, but it looks quite impressive and I've added it to my list of books to order.
Posted by Nadav at 11:37 No comments: