Kierkegaard and The Lonely Man 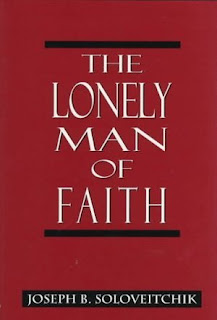 So let’s talk about one of my favorite books, Rav Soloveichik’s “The Lonely Man of Faith”. I first ran into this book maybe in college, about 13 years ago, it having been highly recommended to me as one of the Rav’s foremost works. It was out of print at the time, so after reading through a borrowed copy, it took me a few years to get a copy of my own.

What was it that I so adored about Lonely Man? It's interpretation of Bereshit is fundamental, it's Theory of Man is fascinating, but I think that what most captivated me was the book’s impassioned tone of inner strife. That was what I immediately related with, and the fact that the narrator introduces his tale as a painful confession by a close confidant only added to its mystique in my eyes.

In any case, I had heard the book compared to the work of Soren Kierkegaard, “The Father of Existentialism” several times. I’d thought about getting my hands on some Kierkegaard, but my impression was that his books weren’t so accessible to one without a background in philosophy so I never got around to it.

Fast forward to present day. I’ve been listening to Professor Hubert Dreyfus’ excellent introductory Philosophy lectures on Youtube(we live in interesting times where high-quality academic lectures can be found so easily, and free for all). I can see why the Rav’s work is compared to that of Kierkegaard, so I’d like to sum it up concisely here.


For background, Professor Dreyfus starts by summing up the Greek notion to the self. According to the Greeks, we have a body and a soul and they are in conflict. As such, we need to overcome the conflict by embracing one and negating the other. Dreyfus gives us two examples: Plato who embraces the Soul, and Lucretius(a Roman actually) who embraces the body.

“The Greek view—the self…particularly in Plato, Human beings were an unstable combination of Body and Soul…and in order to make that unstable combination stable and livable and to live a harmonious life…you need to find out which part is essentially you, and get rid of the other part.”


“So Plato says ‘Die to your Body’ do Philosophy. But, there are other people…Lucretius…thought that we are just made up of atoms…you should identify yourself with these Natural needs and with your body and ignore the bother that comes with these Religious or Philosophical superstitions that there’s something more important.”


The Professor then claims that Judaism introduced a different approach which, through Christianity, spread throughout the Western World. Here, the concept of the self is that body and soul are intertwined, two essential parts of one whole--you can’t just get rid of one in favor of the other. That said, they do have different, opposed needs and so Man’s state must therefore be a dialectic one, where his two halves are always in conflict. He quotes Pascal who summarizes this concept succinctly: 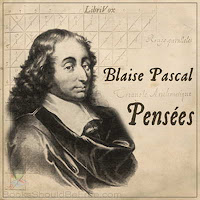 “What a chimera, then, is man! what a novelty, what a monster, what a chaos, what a subject of contradiction, what a prodigy! A judge of all things, feeble worm of the earth, depositary of the truth, cloaca of uncertainty and error, the glory and the shame of the universe"(Pensees, Blaise Pascal)

Is this really the Jewish perspective? There have been various ascetic sects of Judaism who try to suppress the needs of the body, but it does seem that Historically, this has never been the mainstream Jewish view. One could certainly cite the pasuk in Bereshit(2:7) as expressing divine approval of this dualism: 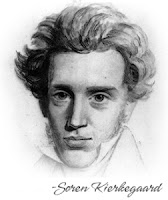 So. finally we arrive at Kierkegaard. In the lecture I quoted above, Dreyfus groups Kierkegaard with the Judaeo-Christians, but in another lecture, he portrays him as more of a fusion of the Greek and Judaeo-Christian traditions. Regardless of this distinction, Kierkegaard sort of picks-up where Pascal left off:

“The Judaeo-Christian idea is not some sort of fulfillment where you finally arrive at happiness. The bliss has to go with anguish, for Pascal and Kierkegaard… he thinks that you oscillate back and forth between pride in the part that’s the contemplative soul part and despair at being this lowly animal… and what do you do about it? Well that’s where Pascal didn’t have much to say and here’s where Kierkegaard takes over"(Hubert Dreyfus)


At this point it gets pretty complex, so let's just give an (absurdly?) high-level summary. According to Kierkegaard, this synthesis of opposites that comprises the self leads one to various forms of Despair. The path out of Despair is to dedicate oneself(to become a Knight) to some higher purpose, be it God, Courtly Love, or some other "Power". To what degree does this save me from my Despair? Apparently, it depends on the degree of one's dedication. Only through the supreme act of faith, one that fully embraces the absurd(such as Abraham at the Akeida) can one fully embody the ideal of the "Knight of Faith"(see Kierkegaard's Fear and Trembling).

The Lonely Man of Faith 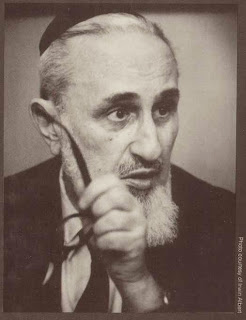 So now we come to the Lonely Man of Faith. Lonely Man is one of Rav Soloveichik's most popular books. In it, he sets up the dialectic between two idealized parts of the Human personality, Majestic Man and Covenantal Man. The Rav explains that the dialectic struggle between these two components is the cause of the loneliness of the book's title. Ultimately, the book leaves us with the image of the prophet Elisha, the exemplification of Majestic Man, who, in the space of a moment, leaves his oxen to run after Eliahu and become Covenantal Man. This doesn't eliminate his loneliness, yet that loneliness no longer sends him into Despair.

Despair and resignation were unknown to the man of the covenant who found triumph in defeat, hope in failure, and who could not conceal God's Word that was, to paraphrase Jeremiah, deeply implanted in his bones and burning in his heart like an all-consuming fire. Elisha was indeed lonely but in his loneliness he met the Lonely One and discovered the singular covenantal confrontation of solitary man and God who abides in the recesses of transcendental solitude.


Kierkegaard and The Lonely Man


Now we're ready to look at the connection between Kierkegaard and The Lonely Man of Faith. Thanks to Google Books, let's take a look at Jon Stewart's "Kierkegard's Influence on Theology"(Volume 8, p.198, J. B. Soloveichik: Between Neo-Kantianism and Kierkegaardian Existentialism by David D. Possen) 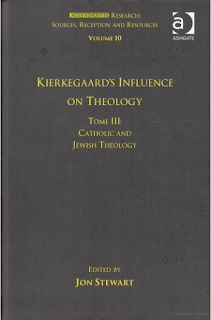 There are many points where Lonely Man addresses Kierkegaard, directly or implicitly, including:
Finally, there is the long footnote where the Rav, realizing that he has painted for us a very Kierkegaardian picture, albeit one viewed through a Jewish lens, distinguishes his own view from that of Kierkegaard.

In a word, for Kierkegaard, faith supersedes the majestic posture of man. The world of faith rises upon the ruins and debris of the world of majesty. This thesis is unacceptable, as we indicated in the text, to the Halakhah which insists upon the dialectical movement between these two worlds. They do, indeed, exist concurrently according to the Halakhah. Moreover,Kierkegaard lacked the understanding of the centrality of the act of objectification of the inner movement of faith in a normative and doctrinal postulate system which forms the very foundation of the Halakhah. The Halakhic world of faith is "terribly" articulate, "unpardonably" dynamic, and "foolishly" consistent, insisting that feeling become thought, and experience be acted out and transformed into an objective event. Kierkegaard's existentialist world, like Schleiermacher's pietistic world, is a place of silence and passivity, far removed from the complex array of historical events, not hungering for action or movement.

Ultimately, Rav Soloveichik rejects the preeminence of the Subjective common to Existentialist thought. He first criticizes Kierkegaard's "leap into the absurd" as suppressing Majestic Man in favor of Covenantal Man. He then argues that Kierkegaard's inability to translate subjective thought into objective action leaves his philosophy "a place of silence and pacivity". These points strike me as reminiscent of Nietzsche's criticism of Socrates and--OOPS we made it full-circle back to the Greeks, guess it's time to wrap this up!

Anyway, hopefully I've succeeded in introducing the close relationship between Kierkegaard and The Lonely Man of Faith. At this point, I'm looking forward to rereading Lonely Man in hope of this time better understanding some to the subtleties that I previously missed...
Posted by Nadav at 15:00