Towards a Materialistic Theory of Free Will

As we discussed recently, the Problem of Free Will has been the subject of debate since at least the middle ages(and perhaps even during Greek Classicism). The perceived paradox that sparks this debate is embedded in our everyday reality. On one hand, we observe the world in general to behave deterministically according to the laws of Nature. On the other hand, Human Beings act based on an independent will, free of deterministic laws. How can this be? 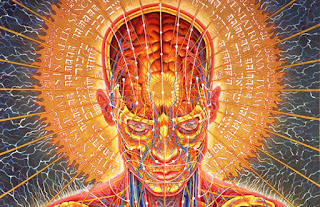 In another post, we mentioned the Greek and Judaeo-Christian conceptions of Man as being made-up of two parts, a body and a soul. This model fits our observations. The body, which exists in the physical world, obeys deterministic physical laws, while the soul exists in a pure spiritual world, not subject to the same laws. Problem solved!

That said, there remains the puzzle of how these two separate parts interact. Descartes’ theory that the Pineal Gland was the point of their junction is well-known, but no longer sounds tenable in the face of modern Biology.

The Search for a Materialistic Solution


In recent years, there have been an abundance of Materialistic Theories of Free Will. One of the reasons for this is the spread of Atheism in the Developed World, which dogmatically denies the existence of a separate spiritual plane. For such non-believers, an alternate theory is needed to explain the Problem of Free Will.

That said, there is also justification for the Religious individual to consider Materialistic theories. One of the fruits of the Scientific Revolution has been that more and more mental processes, previously relegated to the spiritual realm, have been shown to have a physical cause in the biology of the brain. As such, it is conceivable that even our ability to act freely has some physical mechanism backing it up. If so, we should consider the possibility that Free Will also results from some physical process, and see if a theory exists that is compatible with Jewish thought.

This will probably be a series of posts. For the moment I’d simply like to attempt a very brief overview of Materialistic Theories of Free Will in the secular academic community.

Touchstones for a Model Explaining Free Will


Before we get into specific theories, let’s try and identify some of the cases by which we will judge the strength of a given theory.


On the topic of Free Will, the contemporary Philosophical world can be largely split into Compatibilists and Incompatibilists. These differ in their opinions whether Free Will and Determinism are compatible i.e. whether they can both exist in the world together. The Incompatibilists themselves are split into those who believe in Free Will at the expense of Determinism and those who believe in Determinism at the expense of Free Will. This latter group is less interesting for our purposes here, since it is unclear how we would even begin to reconcile it with a Jewish approach. 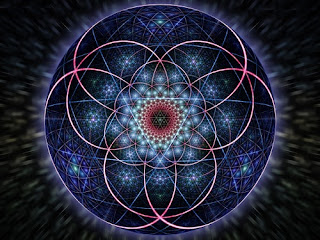 The Heisenberg Uncertainty Principle states that, as a fundamental property of quantum systems, the more precisely the position of some particle is determined, the less precisely its momentum can be known, and vice versa. This principle undermines our assumption that the physical world is completely deterministic. It's corollary is that, given the full state of the Universe at a given time, we can't know it's next state. That said, it's unclear whether this indeterminism at the smallest scale could really effect the world at a level that is meaningful for people.

But, Heisenberg certainly fires our collective imagination. As such, there have been many attempts to connect the principle to that of Free Will. These attempts are Incompatibilist in that they support Free Will by rejecting Determinism. George Ainsli describes recent attempts of this sort in his 2011 paper

“Physiologist John Eccles proposed that a non-determined, spiritual self could interact with the brain by its effect on a single, strategically placed neuron (1994), and physicist Henry Stapp suggested that chaotic systems in the brain could be sensitively dependent on a few calcium ions determining neurotransmissions (1998). Such models fail to predict a sense of responsibility, as opposed to happenstance…” (Free Will' as Recursive Self-Prediction: Does a Deterministic Mechanism Reduce Responsibility?)


As a Materialistic theory, Ainslie explains that this sort of model fails to match our subjective experience of agency. We don’t really feel like our decisions are made by random particle positions, rather by higher-level cognitive processes. It's also hard to imagine how a model based on randomness could be compatible with Jewish Thought.

On the other hand, if we return to our Dualistic Model, we could view this as a modern alternative to Descartes’ Perrenial Gland i.e. that a spiritual soul controls the brain through quantum fluctuations. That's a viable theory, but it isn't the Materialistic one we're currently looking for.

There’s plenty of space for free will: determinism and free will are not incompatible at all. The problem is that philosophers have a very simplistic idea of causation. They think that if you give the lowest-level atomic explanation, then you have given a complete account of the causation: that’s all the causation there is. In fact, that isn’t even causation in an interesting sense. The problem with that is that it ignores all of the higher-level forms of causation which are just as real and just as important. Suppose you had a complete atom-by-atom history of every giraffe that ever lived, and every giraffe ancestor that ever lived. You wouldn’t have an answer to the question of why they have long necks. There is indeed a causal explanation, but it’s lost in those details. You have to go to a different level in order to explain why the giraffe developed its long neck. That’s the notion of causation that matters for free will...If I want to know why you pulled the trigger, I won’t learn that by having an atom-by-atom account of what went on in your brain. I’d have to go to a higher level: I’d have to go to the intentional stance in psychology. 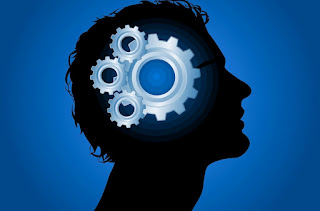 This is an interesting argument, but it seems like Dennet is redefining Free Will to something other than the classic definition. Here, the subject considered the situation, made a choice freely, and yet due to the clockwork-like function of the brain, he couldn't have come to any other choice. This redefinition of Free Will certainly appeals to my inner-Talmudist, but is it really compatible with a Jewish outlook?

Ainslie, in the paper,  mentioned above, elaborates on this approach with what he calls the "Intertemporal Bargaining Model", a decision making algorithm based on the step by step consideration weighing of different options and their diminishing returns. He claims that this deterministic process constitutes actual Agency.


“Strictly speaking, a self united by intertemporal bargaining is never an unmoved mover; and yet it is an emergent phenomenon. The experience of free will is not an empty perception, or illusion. If we are dominated by any illusion it is one that wealso inherited from Descartes, that in contrast to the body, “the mind is entirely indivisible” (quoted in Klein, 1970, p. 346). A person who is a population of partially conflicting interests in a limited warfare relationship is continually engaged in negotiation. Her choice is based only on incentives, but these incentives include the effect she expects to have on her own future motivational states, an expectation that arises and shifts freshly as she tries out ways of framing her choice. Her assessment of these incentives, knowing that the resulting conclusions will be fed back as further incentives, or even knowing that they might be so fed back, should create both genuine surprise and an accurate sense of personal initiative.“


Ainslie’s Compatiblist argument is interesting but, even if you're convinced that his algorithm constitutes Free Will, I'm not sure it's a definition of free will that Judaism would accept. Ultimately, Ainsli claims, our decisions are our own, but they are deterministic and given our particular circumstances in all their details, we could not have chosen otherwise.


Anyway, to sum up, we've covered some interesting ideas from the Academy on the Problem of Free Will and Determinism. We haven't reached a satisfying Materialistic Solution to the problem but we did find an variant on Descartes' idea based on Quantum Physics. To be continued...

I'll probably make one or two more posts on the topic and hopefully offer some more viable(though unverified) options, this in the spirit of my recent resolution, in honor of Rav Aharon Lichtenstein zt"l, to post more original material on this blog.

Let's wrap things up with Rabbi Jonathan Sacks in a lecture where he discusses the importance of getting Free Will right.
Posted by Nadav at 12:04