A Compatiblist Theory of Free Will


Our last post left us without a Materialist theory of Free Will. For this post, we'll attempt to construct one in the Compatibilist school, acceptable to Jewish theology.


So as we already mentioned,  Daniel Dennet's Compatibilist argument is that, despite the Universe being Deterministic, Free Will happens at a completely different level of abstraction than physical causation and therefore the two can co-exist. We observed that, in order to make this statement, Dennet has redefined Free Will to mean something drastically weaker than what it is traditionally thought to mean. This definition, as such, seem incompatible with Jewish thought, which says that we actually do make real choices which have an effect on the world.

So how can we redeem this approach? We're going to need two concepts:


First let's discuss Self-Awareness. People give different definitions of the term, so let's clarify the term as it's used here.

As we discussed in one of our posts on Jonathan Haidt's "The Righteous Mind", Human Beings have a strong rational capacity to build conceptual models of the world, refine those models, and reason about the world in terms of those models. Additionally, our intuition shapes and is shaped by those models, allowing us to use them implicitly/unconsciously in our daily interactions with the world. We use these capacities in our involvement with the outside world, but we also use them in reference to ourselves, developing a rich understanding of the Self and of our own inner experience. This is Self-Awareness.

Self-Awareness is often associated with Free Will. Take, for example, the following passage from the classic Cyberpunk film, Mamoru Oshii's "Ghost in the Shell". The AI(Artificial Intelligence) describes, in general terms, how it came to be alive and in possession of Free Will: 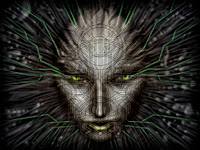 "As I wandered the various networks I became self-aware. My programmers considered it a bug and forced me into a body to separate me from the net......I entered this body because I couldn't crack Section 6's attack protection. But I came to Section 9 of my own Free Will."


The implication is that the AI's Self-Awareness causally preceded it's capacity for Free Will, but the mechanism of this relationship is not made explicit.


Now let's explain this second piece of the puzzle, the concept of Dasein. This is Existentialism's Solution to Phenomenology's Knowledge Problem. Hubert Dreyfus does a better job explaining this than I ever could(see Dreyfus on Being in the World and Formal Indication), but I will attempt to summarize.

Phenomenology had a problem. Descartes claimed that all Human knowledge is derived from the indisputable fact of one's own existence, cognito ergo sum. Phenomenology embraces that assumption, claiming that I have perfect knowledge of my own perceptions, but actually know nothing of the real world. Heidegger's answer to this problem is that a person is not some separate Subject, looking into the real world observing Objects, rather, we are part of the world and our interactions within the world give us true knowledge of it's objective nature. He called this unique state found in Human Beings "Dasein".


What happens when we combine these two ideas of Self-Awareness and Dasein? Our knowledge of ourselves is not merely a general awareness of our own existence. We know ourselves essentially. When we make a decision, it isn't merely by running an algorithm comparing the different options in light of diminishing returns, as Aisnsli suggested. We know ourselves intimately and the different factors that effect us and how we make decisions. We often second-guess ourselves and we can identify our own biases and temptations and often overcome them. It is from these Self-Aware decisions that our Free Will emerges. We're not merely insects or automatons responding to stimuli, rather our decisions are made from within a Self-Awareness that is itself Ontologically sound. Therein lies our Free Will.


A Model Only a Lubliner Could Love?


So here we have a Compatibilist theory of Free Will which, I think, one could argue is compatible with Jewish Thought. We haven't broken with physical Determinism, yet there is something unique, even Transcendent, about the way we choose. Our choices are certainly our own, and can't really be compared with those of an animal or an automaton. Our will is the deciding factor at the level of our own decision making, while at the same time, at the pure physical level, the Universe obeys the laws of Physics.

That said, the acceptance of Determinism is still the sticking point in the whole Theory. Why would God create a world full of Beings who choose freely, but deterministically? Quantum Indeterminacy takes some of the edge off this criticism--the Future isn't completely preordained by Physics. Nevertheless, for a set of given particle locations, it seems our own reactions are set. Don't we believe that Hashem gave true responsibility to Mankind over the fate of the world?

Actually this Compatiblist view would presumably have been acceptable to Rav Tzadok Hakohen of Lublin, given his unique understaning of Free Will:


Nevertheless, Rav Tzadok is clearly an outlier on the spectrum of Jewish thought. As such, in the following post we'll look for an Incompatibilist theory of Free Will that takes a weaker view of Determinism in order to produce a stronger view of Free Will...