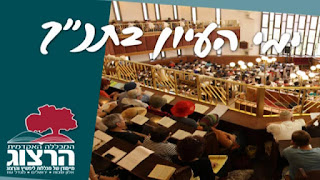 Well, it's been a few years, but I managed to make it to a day of Herzog College's Yemei Iyun Betanach conference. It was great. Here's a quick summary of the five lectures I attended: 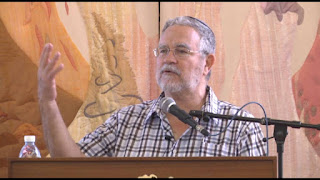 Rav Elchanan Samet opened with a simple model for biblical structure: Tanach is divided into books which are divided into a series of Stories. The story is the basic unit of analysis. Therefore, when trying to understand the meaning of a text, it is critical to identify the boundaries of the story.

Most of the time finding the boundaries is easy, but sometimes is it is hard. Occasionally, it is hard because the editor of the book has split up the story, often by moving the end of the story to later in the book. This is done for various reasons, chronology is a common one. The stories of the tanach are arranged in chronological order, so if the end of a story takes place years later than it's beginning, it may get cut and pasted to the place in the book where it chronologically belongs.

The Rav gave a number of examples, including:
In all of these cases, the stories have significant structural problems that can be solved by applying this model.

It occurs to me that this model of source Story, and subsequent editing is sometimes quite persuasive, but there is an alternative- Comples Structure. For instance Iyov. Rav Samet claims that we have an original story that was split and another unit, the dialogue between Iyov and his friends, inserted in the middle. It seems to me that an alternate explanation is that we have a single story composed with a complex structure. In general, how do we distinguish between simple stories edited together and a single complexly structued story? 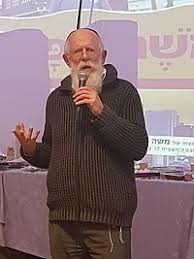 Rav Medan claims that Shir Hashirim, and in particular the secondary characters in it, present a dialectical view of the non-Jewish nations and their relationship to God and Israel.

He begins by bringing various biblical and talmudic sources which present the nations alternately as those who keep us from God on one hand, and partners in relating to God on the other. In particular, he cites the passages relating to King Shlomo's marriage to wives and concubines from other nations.

Then, the Rav, reads various passages from Shir Hashirim. The Dod and Raaya are madly in love, then brought together, then kept apart, and so on. The Daughters of Jerusalem and the city's Guardsmen appear as rivals to that love, or as opponents to it. Yet at the climax of the story, they return as partners in the effort to reignite that love.

Rav Meidan brought various rabbinic sources on Christianity and Islam as examples of how the non-Jewish world act as partners in the path to monotheism. 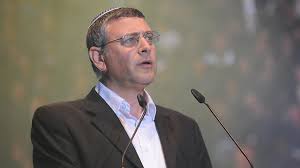 This was a lecture on the daily 929 chapter, Shmuel 2, Chapter 17. Rav Lau opened with the midrash describing how the Tehom threatened to flood the world and Achitofel's advice saved it, yet left the world dry.

He then moved on to Divrei Hayamim and other mentions of Achitofel. It appears that, in addition to being advisor to the king, Achitofel was actually Bat-Sheva's grandfather. Yeah, that Bat-Sheva. Achitofel's son, Bat-Sheva's father, is listed as one of David's elite troops and Bat-Sheva's husband is too, albeir of foreign birth.

He then reads us through the story of Avshalom's rise to power, which turns into a rebellion against his father. Achitofel plays the role of Kingmaker, carefully manipulating the will of the populace. Avshalom relies on Achitofel's advice until it appears that Achitofel is actually trying to avenge himself on David for his acts of adultery and murder related to his granddaughter. At this point, Avshalom ignores his advice and the rebellion fails.

Rav Lau paints Achitofel as an opponent to David, but not to the House of David. He supports the rebellion in order to set up a better Davidic monarch. When things get personal he ultimately fails. 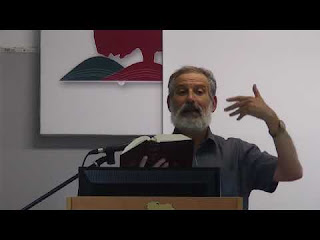 Rav Kehat begins by introducing concept of Sippur Bebuah, a model pioneered by Dr. Yair Zakovich. The idea is that, sometimes when the bible presents us with a story that parallels a previous story, the point is not the parallel itself, but the Antithesis it creates. We are meant to focus on the differences to understand the message of the parallelism.

He then brings literary parallels between Gidon and Moshe, Gidon and Avraham, and Gidon and Yaakov. Ultimately, what emerges is that Gidon, like Moshe, accepts God's mission, but unlike Avraham, he doesn't truly care for others. This character flaw comes to a head when he cruelly punishes his bretheren who didn't assist him during wartime and leads to his evaluation as a flawed hero. 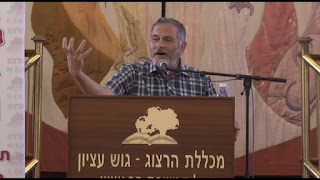 
Dr. Misgav began with a description of the three major branches of Academic Tanach Study. He argues that Tanach Academics generally fall into one of these largely disconnected disciplines. He ultimately argues that they would benefit from more interdisciplinary work. The three branches are:
He  points out that all three attempt to give chronologies, which are often at odds with one another. 1 and 3 are often at odds over the message of a particular source.

Misgav opined that these all provide essential tools needed by the religious scholar to truly understand God's word. Yet these tools were developed by deniers of religion. He points out various movements by religious scholars to deal with the tools of academic tanach study, ultimately favoring approaches that adopt it. He compares this with Rav Kook's opinion of Secular/Religious Zionism.

I am reminded of Joran Peterson's explanation of why the world needs both Conservative and Liberal personalities. The Conservatives keep the current regime running efficiently, but are incapable of pioneering essential new ideas. The Liberals are not good at efficiently advancing the status quo, but are great at trying out new ideas, eventually finding hte next big idea to push Humanity forward. So to, it makes sense that largely secular renegades pioneered modern Tanach study rather than by Religious Traditionalists.
Posted by Nadav at 22:12