So, I’d like to offer a(somewhat longwinded) metaphor for how to understand Sefer Shmot and its relationship to Sefer Bereshit(be assured that the fact that I'm once again connecting Genre Fiction to the Parsha is purely incidental). Anyway, here goes... 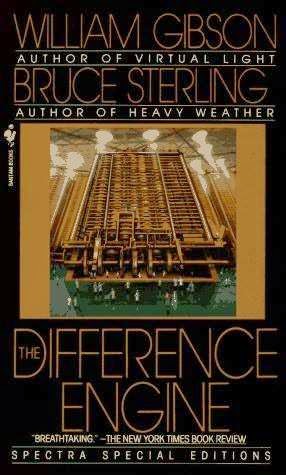 The 1990 novel “The Difference Engine” is a collaboration between authors William Gibson and Bruce Sterling, of considerable influence. The novel depicts an alternative history, set in the Victorian Era, where the success of Charles Babbage's "Difference Engine" ushers in a new techonological age, with numerous social and political ramifications. The computer, the automobile, and many other modern innovations have come before their time, all of them running on a liberal dose of steam-power and clockwork.

All this is readily apparent to the uninitiated reader, who needs only read the plain meaning of the text. And yet, to a reader familiar with Gibson and Sterling’s other work, there is another layer to the novel, a subtext of a different nature entirely.

Gibson and Sterling are arguably the two biggest names in Cyberpunk literature. Their most famous stories take place in the near future, anticipating deeper levels of integration of technology in our lives and exploring the effects of such integration on the Human experience. Readers familiar with this literature, will find “The Difference Engine” is a text packed full of references to the authors’ earlier Cyberpunk work. In fact, while the undiscerning reader will consider this a rather humorless novel, written completely straight, the Cyberpunk aficionado realizes it’s actually a comedy, hearing the echoes of the authors workroom laughter tinkling in the background with every new joke: “hey look, this is what data-theft looks like in the Victorian Era!” or “instead of Hackers they’re called Clackers because of the sound their punch-cards make!” or even “Hey, remember the decadent Lady 3Jane? In this world Ada Lovelace would be her parallel!” And so, by presenting us with the same classic Cyberpunk tropes, but in vastly different circumstances, the authors present us with a rich subtext, entirely different from the basic text of the story.

The same can be said for Sefer Shemot. On the surface, we have a straightforward story of the Jews’ slavery in Egypt and the miraculous redemption and exodus that Hashem brings about. And yet, there is another layer, a subtext in which Shemot is packed full of references to its predecessor. Some examples are the exile/redeption arc as well as Moshe's personal history leading up to his mission as redeemer: 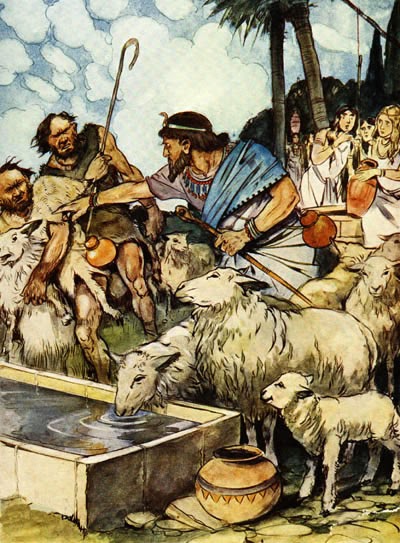 So here we see that, as with “The Difference Engine”, Shemot is full of references to a previous work. That said, while Gibson and Sterling provided their subtext for the entertainment of their fans, the question remains: What purpose does the subtext of Shemot serve?

This is a big question, that begs a detailed and thorough analysis of much of the text of Bereshit and Shemot. This blog post is not the place for such an analysis. That said, I would like to briefly offer one rather broad, sweeping, (overambitious?) answer.

To a large degree, Sefer Bereshit is the story of what worked and didn’t work in how Hashem relates to Humanity: 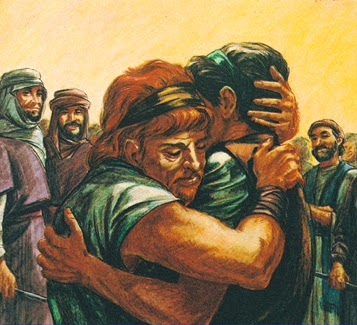 Sefer Shemot constantly reinforces the thesis that Hashem has chosen to relate to Humanity in the way he related to the Avot. These scenes of the partriarchs, repeated time and again, form and reform until, at last, a pattern emerges. The stories of the Avot are not merely history, but archetypes for all that comes after. It is then that it dawns on us that the Creation story did not end with the first chapters of Genesis. After the physical creation was related, the Torah continued with the spiritual formation of the world as we know it. Why were the Jewish people chosen? Why was this nation of slaves takes out of Egypt and given over to the slavery of the service of God? Genesis tells us how the spiritual framework of this world was formed and reformed until at last the travails of one man and his descendants would set the stage for all that would come after.
Posted by Nadav at 12:48