Haidt and the Psychology of Purity Laws

Having made it through the first two of three sections of Jonathan Haidt's "The Righteous Mind", let's take another look at what he has to say about "Purity Laws"(I should just mention that Professor Roberts recommended that I check out Haid's approach to this topic). We'll start with a summary of Haidt's more general thesis.


In the first section "Intuitions Come First, Strategic Reasoning Second", Haidt builds a Biological/Psychological model for Human decision making. He divides our mind's function into two parts: the intuitive/emotional part("The Elephant") and the rational/verbal part("The Rider"). He argues that, when confronted with a stimulus, the intuitive part of our mind responds first, within a fraction of a second, with a snap judgement. The rational part of our mind uses this judgement as a starting point, seeking to justify the judgement with reason.

Haidt ultimately posits that "The Elephant" is more important than "The Rider" because it's initial intuitions are almost always accepted in the end. The exceptions to this rule occur sometimes when we are exposed to others with differing opinions or, more rarely, due to independent rational introspection.


So how do our brains produce those intuitions. Haidt argues that, with regard to moral questions, our brains contain six Cognitive Modules that produce a moral intuitive response:


Different cultures rely on these modules in different ways and to differing degrees. Haidt focuses largely on the Right vs. Left political divide in the US(liberals rely primarily on Care, Fairness while Conservatives have a more even balance), though he gives examples from other cultures by citing anthropological studies.


In Chapter 7, part 5, Haidt discusses the relation of these models to what he calls "Purity Laws". These can take many forms such as Food Taboos(like Kashrut or the various trends of Vegetarianism and Health Food) or social norms(like the Indian caste system). Haidt argues that we have this module because it gives people various evolutionary advantages. He gives a number of reasons for why this is so, but the one that most interests me as a religious Jew is what he calls, at one point, the "rally round the flag" effect.

In Chapter 5, Haidt describes his theory on the moral theme of Divinity, part of the Sanctity/degradation module:

"Our theory, in brief, was that the human mind automatically perceives a kind of vertical dimension of social space, running from God or moral perfection at the top down through angels, humans, other animals, or perfect evil, at the bottom...it seems to be a kind of archetype or innately prepared idea"


Haidt points out that this common belief, found in one form or another in so many different cultures, unites people into moral communities. This allows Humans to work together in a way that is not seen among primates, and contributes to Humans being what Haidt describes as "90% chimp and 10% bee". He argues that this combination of intelligence and tendency towards cooperation provided Humans with the ability they needed to spread out and conquer the globe over such a short period.


This brings us to mitzvot like Kashrut, burial rights, or even Tfillin. What is the reason behind these mitzvot? Some will offer mystical explanations(which I admittedly often have trouble relating to), but Haidt's observations suggest another answer. These mitzvot psychologically reinforce the innate notion that we are holy beings, a maxim that the Torah states explicitly from the very beginning:


Man's stature as ruler over the land and all it's creatures follows from his being created in the image of God i.e. he is higher on the Divinity dimension.

Emphasizing this point in our daily lives through these mitzvot hopefully brings us to better behavior and greater yirat shamayim. This Divine origin also helps the Jewish people perform their function in the world from generation to generation by uniting us, as Haidt points out, into a single Moral Community--a community that has held together for the past three and a half millenia through a vast array of changing circumstances and surrounding cultures. 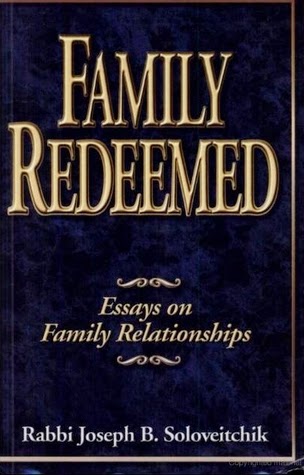 This idea of the Torah building on top of an innate instinct is not new. For example, Rav Soloveichik speaks about the Maternal instinct(presumably Haidt would categorize this under the Care/harm module) and how it is redeemed by Torah Motherhood:

"The mother is bound up with the child...Motherhood is an experience -- unredeemed and hence brutish...Sarah became the first mother in the sense that her motherhood stemmed not only from instinctual involvement due to biological pressure but from free commitment as well...Mother's job changed into a great mission; her preoccupation with the child was endowed with ethical meaning." (Rabbi Joseph B. Soloveichik, "Parenthood: Natural and Redeemed", Family Redeemed)


Mitzvot such as Kashrut that build on our innate Sanctity/Degradation module act to Redeem that instinct. It may be true, as Haidt suggests, that we evolved this module as protection from pathogens and as a way to help build cooperative communities. But when we treat our body as a temple, eating only animals that the Torah has labeled טהורה and avoiding those it called טמאה, then we have elevated this instinct to be an essential part of our ethical development and our service to the Creator.
Posted by Nadav at 23:14